The A-list celebrities' divorce proceedings have continued, with new court documents hinting at a major bombshell.

Angelina Jolie and Brad Pitt’s divorce proceedings are still underway, and now new court documents submitted by the actress have claimed there were multiple incidents of alleged domestic abuse.

Jolie reportedly filed court documents March 12 – ones that will allegedly unveil allegations of domestic abuse from both the Maleficent star and the couple’s children: Maddox, 19, Pax, 17, Zahara, 16, Shiloh, 14, twins Knox and Vivienne, 12.

“This is just another case of Angelina changing the narrative when it suits her,” one source told Entertainment Tonight on Wednesday, March 17.

“Aside from the one accusation that she made in 2016 that was investigated and dismissed, there have never been any other records, police reports, or even accusations until it suited her case.”

The source added, “No one else knows what she might say now, but that background is important.”

Another insider told Us Weekly that the documents were nothing more than a rouse to “hurt” the actor.

“Over the past four and a half years there have been a number of claims made by Angelina that have been reviewed and not substantiated,” the insider said.

“The children have been used by Angelina to hurt Brad before and this is more of that behaviour. This leaking of documents by her fourth or fifth set of lawyers has been done to hurt Brad.”

In 2016, Brad was accused of child abuse following an incident that allegedly took place between him and his eldest son, Maddox, on a private plane. 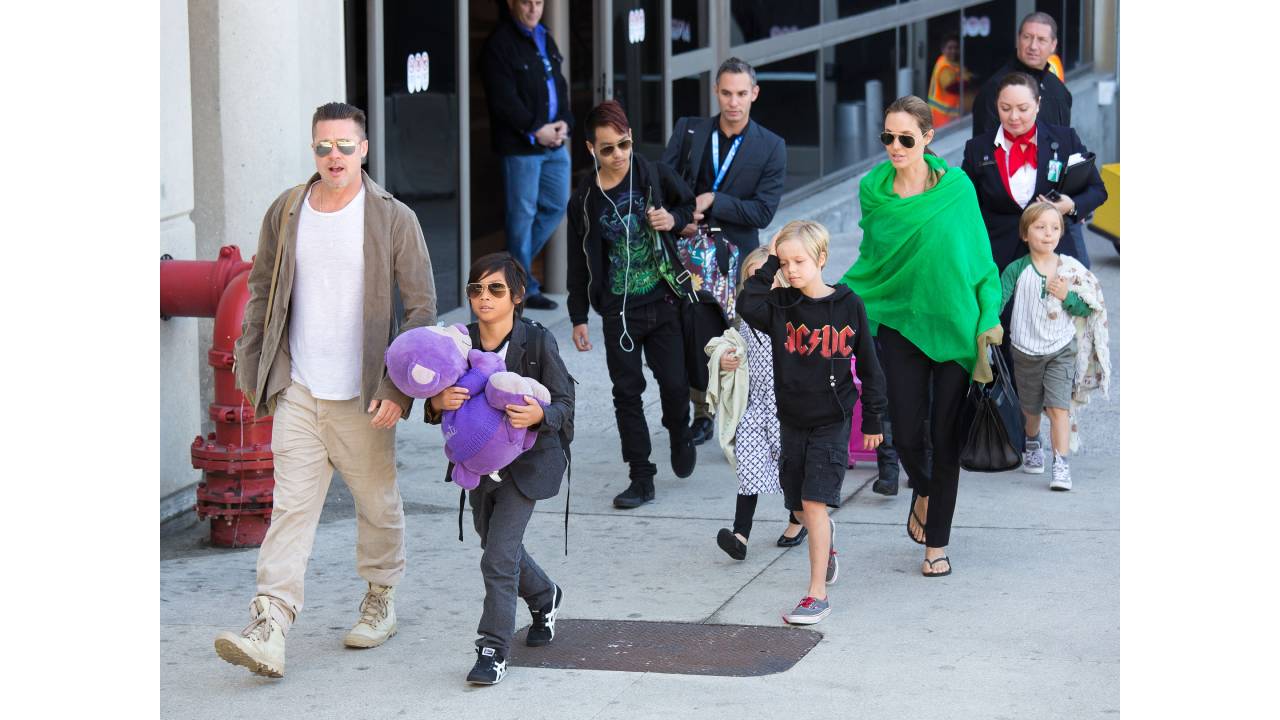 The allegations were quickly dropped soon after, but a source told People at the time that Pitt was “drunk” when he began arguing with his then-wife, Jolie.

Maddox reportedly stepped in to defuse the situation, but “there was a parent-child argument which was not handled in the right way and escalated more than it should have.”

Jolie and Pitt started dating after meeting on the set of Mr. and Mrs. Smith in 2004.

They separated in 2016 after two years of marriage, and were declared legally single in 2019.

In an interview with Vogue India in June 2020, the actress opened up about the pair’s split.

“I separated for the well-being of my family,” she revealed.

“It was the right decision. I continue to focus on their healing. Some have taken advantage of my silence, and the children see lies about themselves in the media, but I remind them that they know their own truth and their own minds.”

Jolie also admitted in February 2021 to British Vogue that the divorce had “been pretty hard.”

“I’ve been focusing on healing our family. It’s slowly coming back, like the ice melting and the blood returning to my body.”

Pitt is yet to respond to the recent court documents.