The Grease star took to social media over the weekend to share a playful snap with his son and their newest family member.

John Travolta has shared a rare photo of his 10-year-old son Benjamin over the weekend to share beautiful family news.

The actor took to social media to share a picture of him and his youngest son who looked cuddled up to a fluffy white cat. 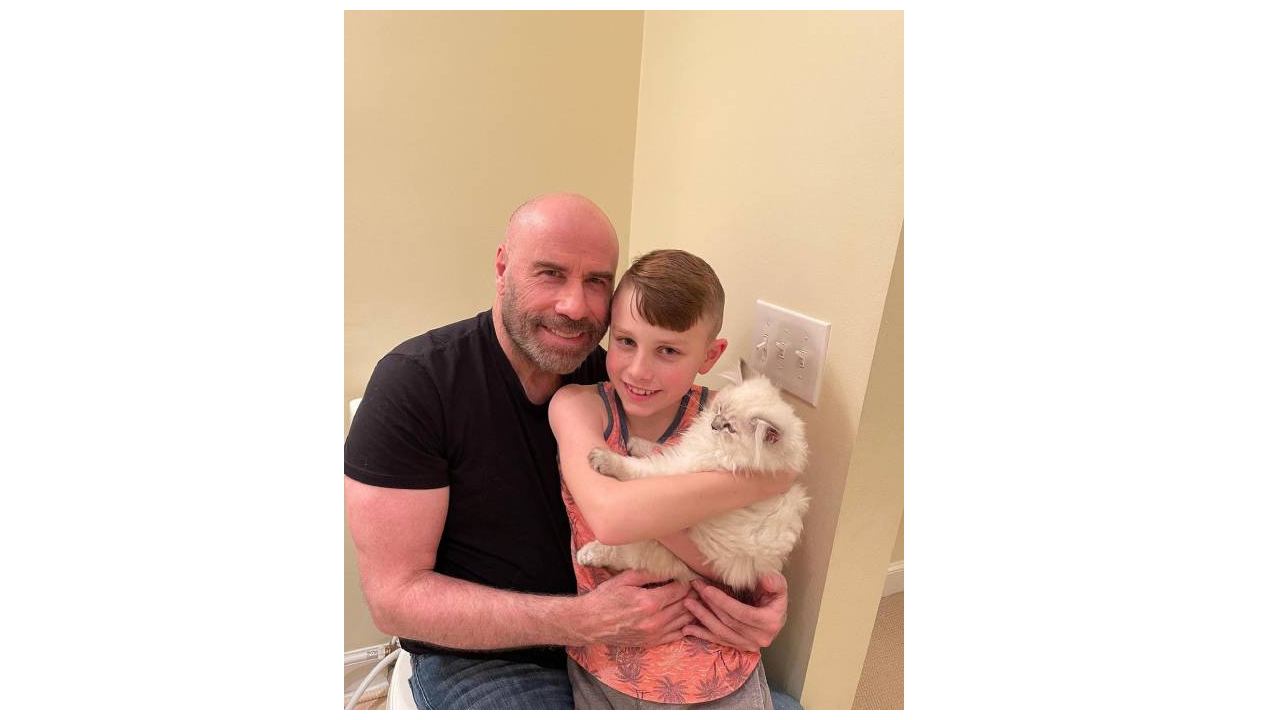 The mother of three passed away following a brave battle with cancer.

The Hollywood couple also share daughter Ella, 20, and late son Jett, who tragically passed away at the age of 16 in 2009.

The family have definitely endured their own share fof heartache, but John has done all he can to ensure his kid’s memories.

Most recently, Ella announced that she landed a role in the upcoming movie, Get Lost.

Ella wrote on Instagram: “I am very pleased to announce this opportunity that has come to me and I am looking forward to working with Daniela Amavia and Michael Mendelsohn on this exciting new project!”

The project is a young adult movie which Deadline likened to “a reimagining of Alice in Wonderland with creatures turned into human characters.”

Ella will play Alicia/Alice who goes on a magical trip to Budapest.