A NSW couple looked on in horror as the “once-in-100-year” weather event saw everything they own swept into a nearby river.

It took less than 10 minutes for the entirety of Sarah Soars and Josh Edge’s belongings, including their pet dog, to float away inside their home, which was overtaken by unrelenting flood waters.

The couple was getting ready to tie the knot, but instead they were forced to watch their home float away in Mondrook on the NSW Mid North coast, with everything they hold near and dear inside.

“All I wanted to do was get married to Sarah. It was pretty devastating to watch,” an emotional Mr Edge told Nine’s Weekend Today on Sunday.

He recounted the moment he received a call from Ms Soars, who is currently stuck in Taree, telling him their home had been taken by the gushing water. 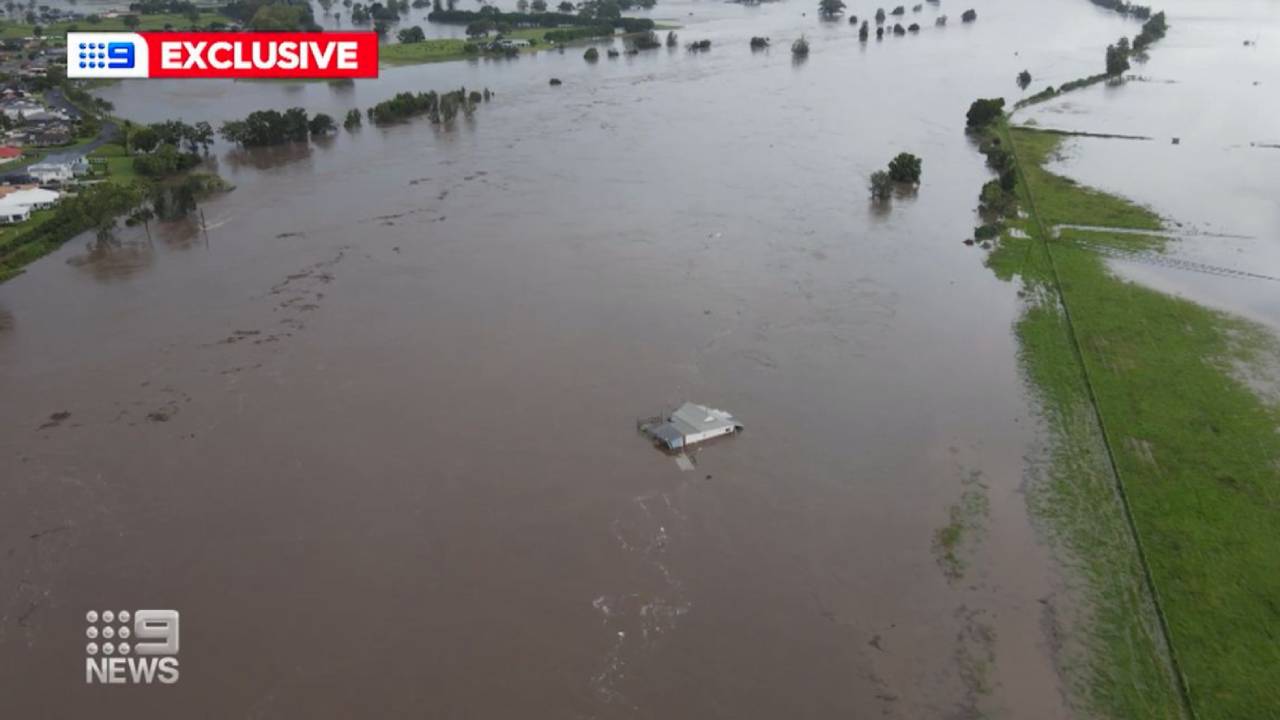 “I was in Tinonee where the river is, watching our home float past. It was devastating. We lost everything. Our little dog was in the house,” he told the program.

“There was no warning, no one expected to be this bad. The water rose so quickly.”

Mr Edge was fighting back tears as he thought of their animals and the pain they would have felt beneath the water.

“We loved all our animals, the pain that they had to go through, I don’t want to think about it. She [the dog] would have been so scared. The force of that river was unbelievable, to lift our home, it’s just unbelievable,” he said.

Since losing everything, the couple have had no option but to lean on their community for support, with Mr Edge’s brother establishing a GoFundMe account to help get them back on their feet.

“On 20th March our brother Joshua and his fiancé Sarah lost everything they owned to the flood waters in mondrook nsw on the mid north coast,” the fundraising post reads. “What was suppose to be their wedding day ended up with them losing the house they were renting and everything they have work hard for and sadly losing their pets as well. We are trying to raise money to help them start again, anything would be much appreciated.”

“We’ve got nothing, my brother has given me clothes. All I wanted to do was get married to Sarah,” he told Today.

Ms Soars said the ordeal had left her “lost for words”.

At the time of writing, more than $75,500 had been raised for the couple in less than one day.