What is THAT doing here? ALDI shopper’s intriguing find

A bemused ALDI shopper spotted something very out of place while doing her weekly grocery run, and it has caused plenty of online debate.

An ALDI shopper spotted something very out of place while doing her weekly grocery run.

Taking to Facebook to share a photo of the “interesting” find, the woman explained she was shopping at ALDI when she came across the item.

The item in question was a pack of Woolworths-brand Cocktail Frankfurts – the woman even circled the Woolies logo.

“That’s not the packaging I get from ALDI,” one person said in the comments.

Another person agreed it was “bizarre” seeing a competitor’s brand in ALDI and asked if the woman was able to scan them.

She said no, the Woolies brand Frankfurts were behind an ALDI variety, she didn’t try scanning the Woolies Franks. 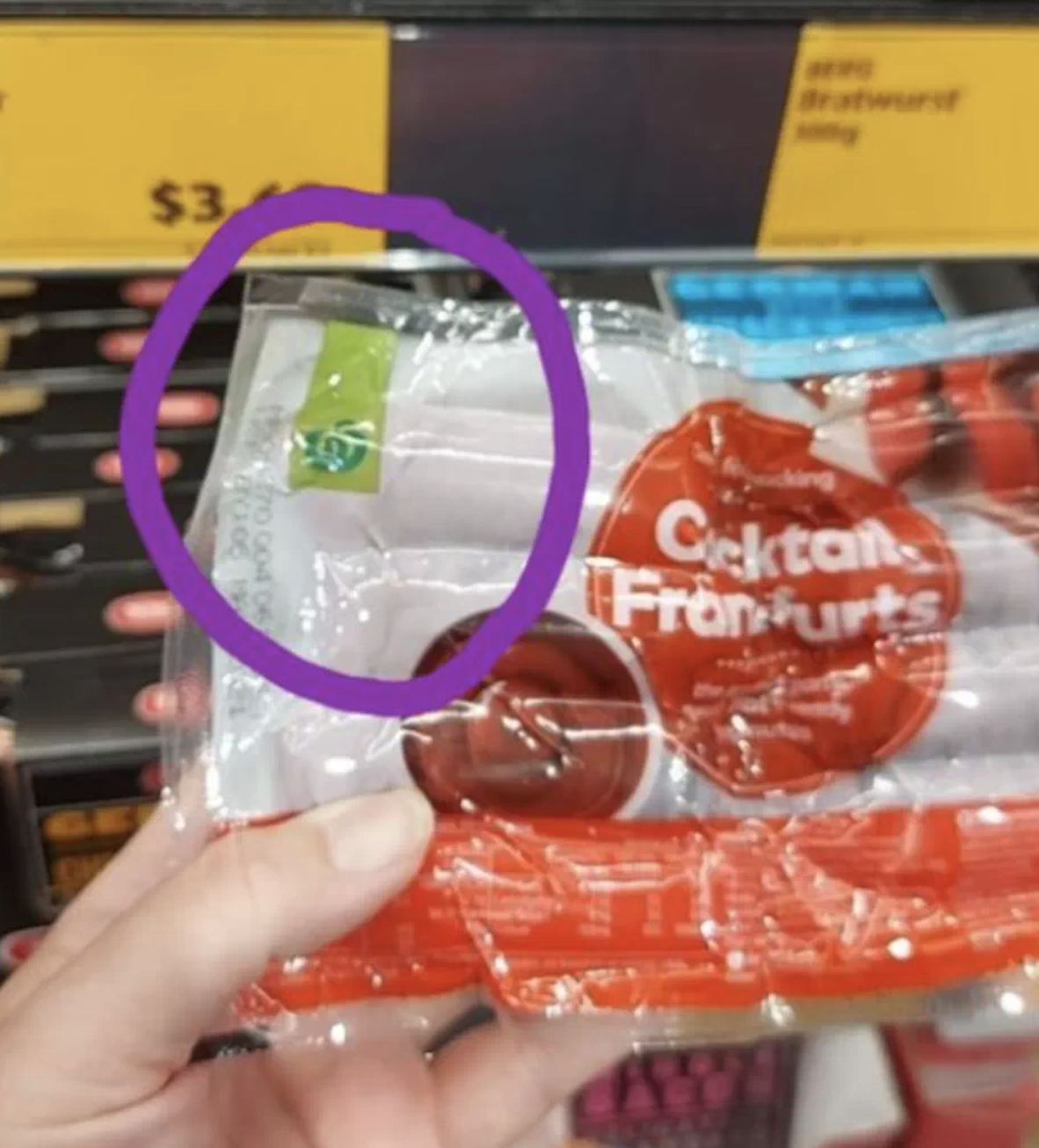 The comments were soon inundated by people questioning how the Woolies Frankfurts ended up in ALDI.

Someone suggested it may have been left there as a prank, while others said it’s possible someone purchased them from Woolworths and somehow left them at ALDI.

“Maybe someone went to Woolies first and did a shop there, dropped that from their bag?” someone suggested.

However, people on Facebook posed other theories, suggesting the mix-up could have happened somewhere along the supply chain.

“Some food is from the same factories, they package for other companies,” one person said.

“Occasionally they do get sent the wrong labelling.”

Others suggested someone packed the Woolies Franks in the wrong box.